This author has not yet filled in any details.
So far weshar7_wp has created 139 blog entries. 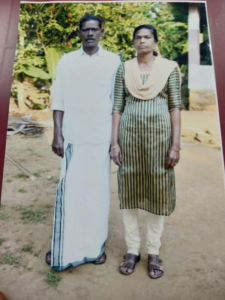 Shaini belongs to St. Mary’s Church Nattasserry in Vijayapuram Diocese. Her husband Binoy is doing labor work(Sick person). They haven’t children. They are living in a joint family. There are 3 families living together in a small house. They are in a temporary shed( single room) that was extended to this small house. They are suffering from this way of living. And they are in great desire to build a new house. But her husband doesn’t get enough jobs due to his illness. He is under treatment for back pain and allergy. Shaini is doing a small job in  Fatima Matha Physiotherapy centre. They are not able to build a new house. They are asking for our help to build a house. 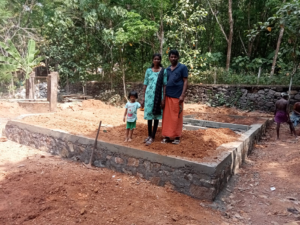 Joshy belongs to St. Michael’s Parish Pothy in Vijayapuram Diocese. He is a driver.  His family consists of his mother, wife, and two daughters. He had a major accident while driving and was in critical condition for a long period. His vehicle was crashed by another vehicle. Now he is slowly coming back to normal life with the help of medical treatment. Still, he is not completely cured. He has five cents of land and started a house At present he is physically too weak to go for heavy work. He is asking for our help to complete the house. 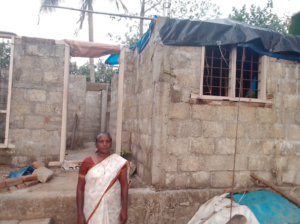 Saramma is a widow with two daughters. She is a parishioner of Good Shepherd church Kottayam. Her daughters got married. The youngest daughter and her family are staying with Saramma. She is unhealthy due to several diseases She was able to start building a house but the unexpected Covid pandemic became a major hindrance and made it impossible to finance the rest of the house which is in a riverside area where a huge amount is to be spent on earthwork and foundation. She could finish the house up to the lintel level. Now the roofing, plastering, and electrification are to be done. Since they don’t have a proper shelter to live in, the elders spend their nights in their relative’s house and the children are staying in a children’s home. She needs our help to complete the house. 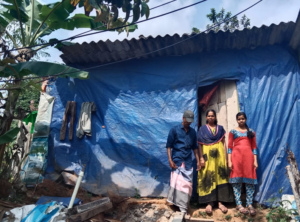 Antony belongs to Sacred Heart Church, Pambanar, Vijayapuram diocese. His family consists of his wife and two daughters. The elder daughter is a student and the younger one who completed her 12th  standard is about to pursue her BSC Nursing Course. Mr. Antony is a daily wage laborer, a cooley who is the sole breadwinner of the family who is struggling to meet with his meager income and feels difficult to meet with children’s educational requirements, household matters, and as well as his house constructions. Financially they are very poor and their house is a shed that is not safe and suitable to survive in. He has a great desire to build a house but he doesn’t have a permanent source of income, so he is asking for financial assistance to build a house.

Aleyamma Sam belongs to Holy family church Edamon in Vijayapuram Diocese. Her family consists of her husband and 2 children.  She has been working as a social service animator of VSSS for the last twenty years. Her husband is a day laborer. She has two educated sons but both have no permanent jobs.   They have five cents of the land but no house.  They are living in a rented house. 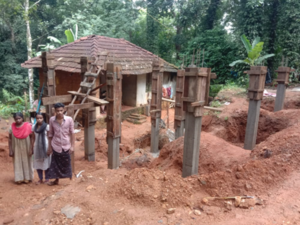 Mary Babu belongs to St. Boniface Church Pattithanam in Vijayapuram Diocese. She has 2 children. Both are waiting for a job.  Her husband left her 20 years back,  Mary is a homemaker. Due to covid 19 pandemic, she gets only 3 days of work in a week. They are living in a rented house.  She does have  3 cents of the land but the plot is not flat, however, she was able to start the house construction with the basement in pillars. It will face more expense. She can’t go ahead with work due to the financial crisis. She is asking for our help to build the new house. 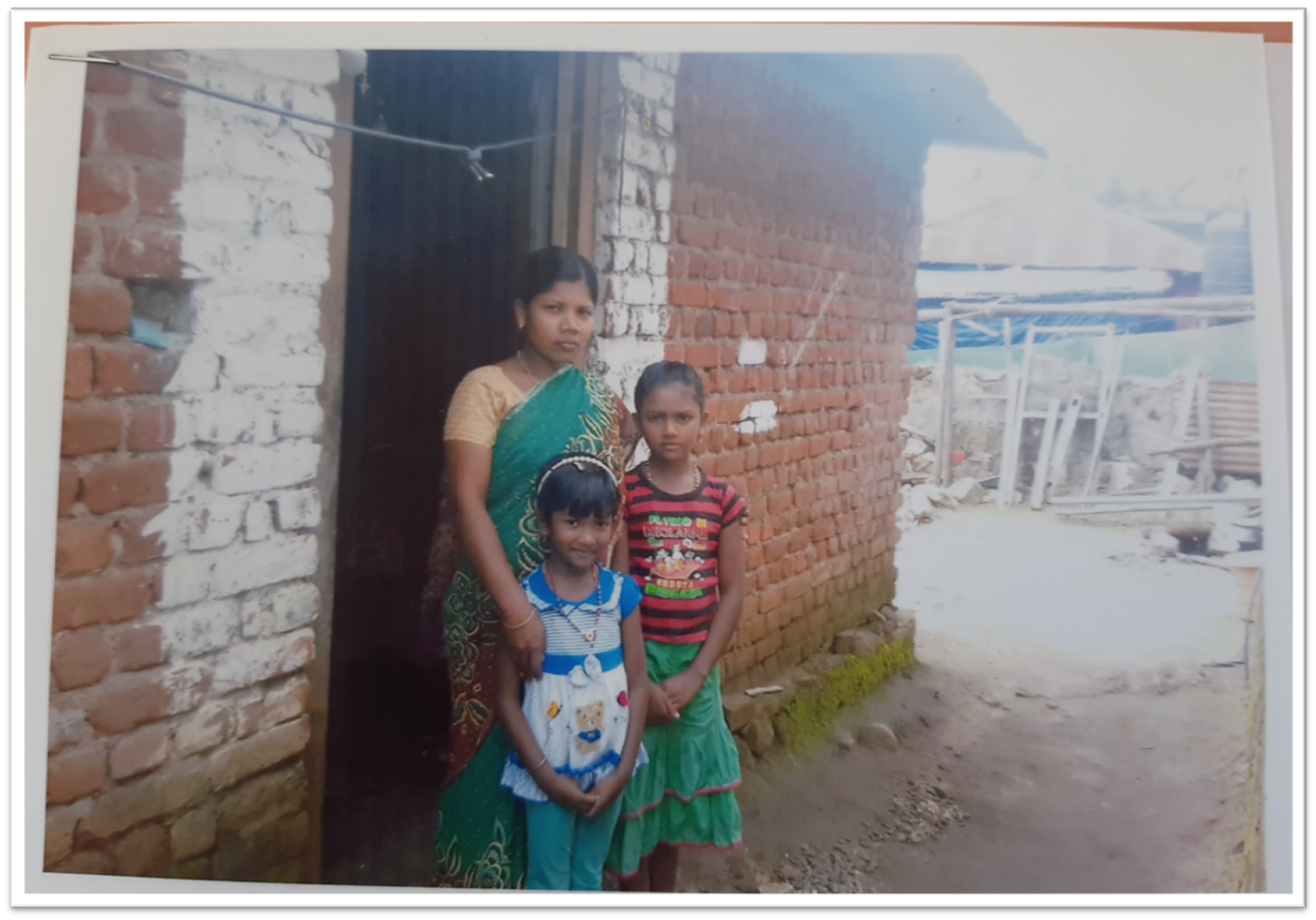 Margaret Mary is a 30 years old widow of Chinnakanal parish in the Munnar region of the Diocese of Vijayapuram. Her family consists of two daughters and a mother. The eldest daughter  Niranjana is studying in 6th standard and the second daughter is studying in 2nd standard. Both are studying at Fathima Matha School at Chinnakannal. Her mother is also staying with her and she is a 50 years old sick woman. Margaret is going through a difficult situation. Her husband died last year due to a heart attack.    She is the only breadwinner of the family. She is an estate laborer who is getting a very low income. She has four cents of land with a partially completed house on it. She strives hard to make both ends meet. 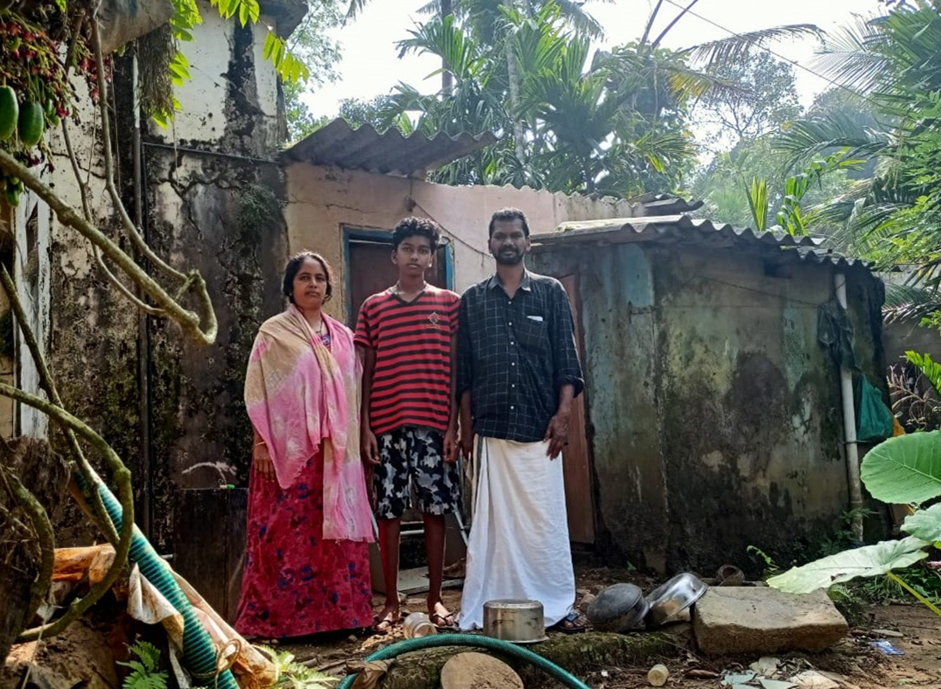 Sibi Mathew Palliparambil is a member of St. Joseph Parish, Enthayar, in Vijayapuram Diocese.  His family consists of a wife and two children. The eldest one is pursuing graduation and the youngest one is in 10th standard. His house was severely damaged in the torrential rain that lashed the state last year.  Siby and his kin were shifted to a relief camp after water entered their residence. When they returned home they were heartbroken to find their house in a damaged state. Since the house became uninhabitable, they are living in a rented house.  A flood caused significant damages to their house and household properties. Being they are living in a rented house, they are unable to meet the expenses of house and education of children, so they are finding it difficult to renovate the house with their meager income.  So they are seeking help from VSSS to renovate their house. 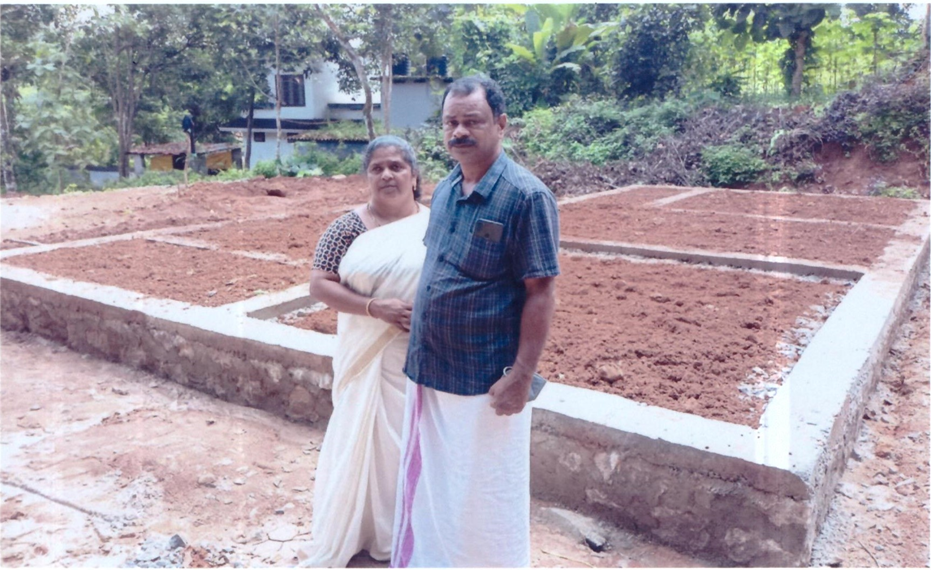 Rosamma Mathew belongs to St. Thomas Church Vechoochira in Vijayapuram Diocese.  She is working as an Animator in VSSS. Her family consists of her husband and 2 children. Her husband is a rubber-tapping employee. They have 2 children. Their eldest son completed an engineering course and their daughter completed BSC nursing. But both the children are jobless and seeking a good job.  Now they are living on an estate line. Recently they bought 10 cents of land and started the basement. They have a great desire to build a good, new house. But they don’t have enough sources of income. She is asking for financial assistance to build a new house. 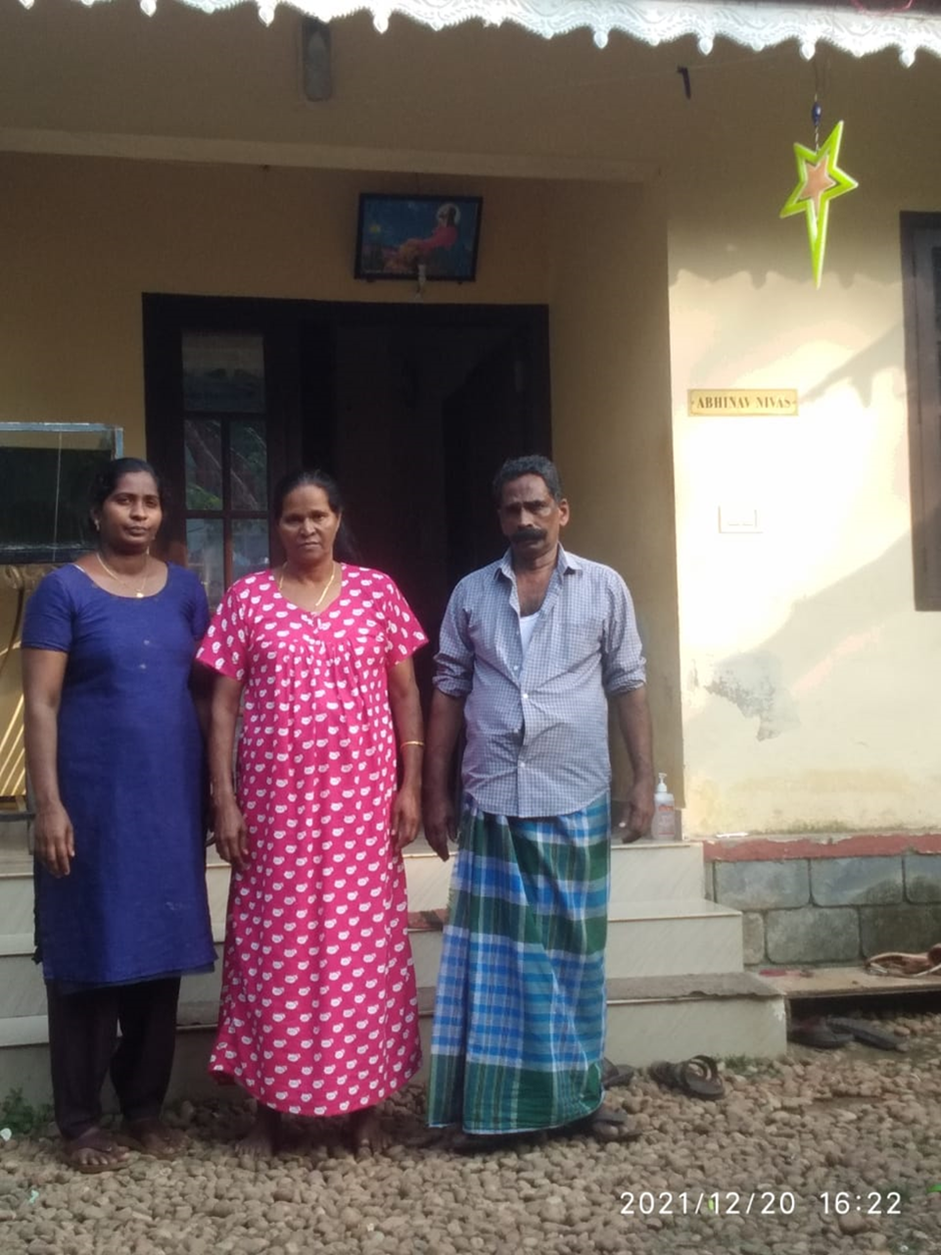 Rachel Jacob is a member of St.Joseph Parish in Vijayapuram Diocese. Due to the non-payment of bank loan during the floods of 2018 Kottayam Cooperative Bank confiscated her house. Her sick husband and she lives in a rented house.  They have two daughters.  The eldest daughter, with her husband and two children, has been in their house since October 13th.  Her daughter’s husband had an iron fall on his head while moving the rod while on duty and had bleeding inside his head. He has been with them for a month after undergoing surgery at the Medical College Hospital. Her daughter also cannot go to work as her son-in-law needs someone always as a bystander to take care of him. Again tragedy hit her family as her husband fell from the top of a three-story building during painting work in 2010.  He was lying with a broken neck, waist, legs, and arms.  At that time he was caught with a heart attack and  Angioplasty was done.  He was unable to do any work.

She has also been serving as an active political representative since 2010. Now she is a Panchayat Member ( Elected representative of the Local Self Government). At present, she is living in a rented house. She needs to spend all her income on rent, expenses, and medicines.  She has found a plot of four and a half cents which she is interested in buying. She has money to buy the plot but to build the house she needs our help. At present all six of the family members are living in a rented house together.  Even they have no fulfillment for foods and medicines. Being a representative of the people, she hid all her sorrows in front of the people, loved the people, and worked for their hopes, upliftment, and development of the community, meanwhile she also lost a total of 5 cents of land and house.  She could not achieve anything. She is also a member of the parish committee of her parish and works in all other areas.  She has been actively working in the field of women empowerment in Vijayapuram diocese since 1996.